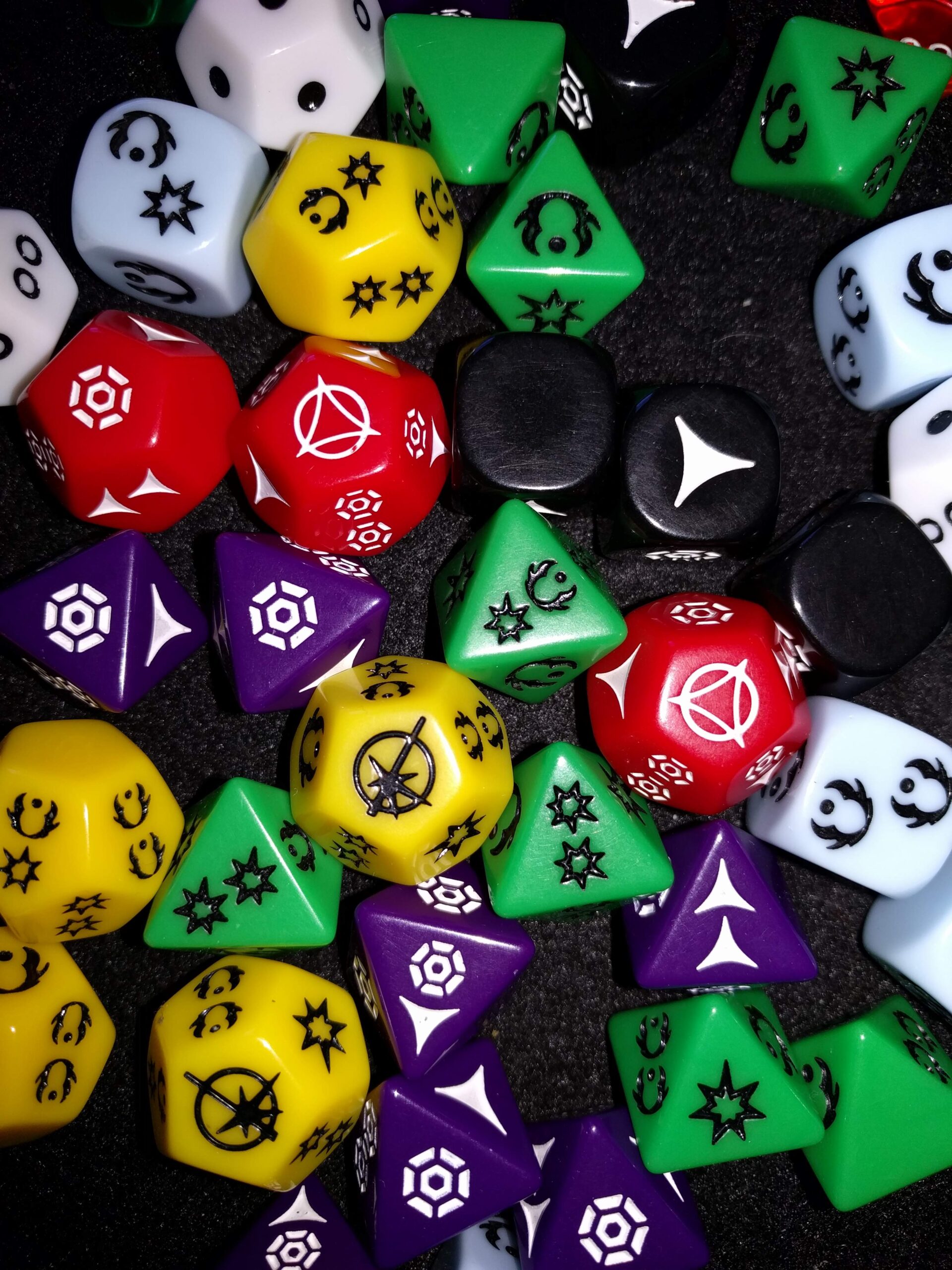 Edit: See the discussion at the SWRPG Community Forum.

On Top of the World is a one-shot adventure from the fan-made One Shot First: Adventures and Sourcebook for the Savareen Sector by Peter “Maveritchell” Thompson, available here. On Top of the World is actually the third adventure in a set of six, but it can stand on its own well enough, and I used it to start a campaign. This was the beginning of Desert Rose Solutions, the campaign in which Renn Herkin and Renci Tosh were originally NPCs before we used them for our Resh Hour campaign.

This was the second Star Wars module I had ever GM’d, following the adventure in the back of Edge of the Empire for us to just get used to the system. I was quite nervous at first, because there is not a lot of hand-holding here, but that was actually a good thing. This one shot gives you the pieces and prompts needed for a short adventure and then leaves things open for how your players choose to handle it. And it is very adaptable.

My group of 4 PCs did this adventure in one session on a week night, so probably 4 hours, tops. They got the job, had a montage of prep work, and then did the heist.

There are pre-gen characters in One Shot First but I didn’t use them for anything. Still, they could make helpful NPCs for your implementation, so give them a look over if you decide to run this adventure.

The module specifically calls out places to make substitutions in its set-up, from who hired the PCs to what is being stolen and even where it is happening. Since the next step of our campaign was going to be Escape from Mos Shuuta and Long Arm of the Hutt, a change I made here was that the PCs were sent by Teemo to get a data cylinder that Ranem Tiiv owed the Hutt. But Tiiv had lost it to Bollin the Grey, leading into the adventure. (I also gave Bollin a business relationship with Teemo. This way, regardless of how things turned out, Teemo would likely be annoyed with the PCs, leading into our next module.)

The bulk of the adventure is at a gala event, so this is also a good place to fold in any upper-crust contacts your PCs have. One of my PCs was obsessed with a tech entrepreneur, so I included him on the guest list. This led to a great scene of him having an allergic reaction to shellfish and being rescued by a PC’s quick Medicine check. That little bit was pulled from the menu of optional little encounters that can take place during the gala, another great component included in the one shot.

Getting into the Gala

The module provides three suggestions for ways that the PCs might get into the gala: sneak in, find an invitation, and impersonate the help. My players chose to do a mix. One went as Tiiv’s date to the party, one got a job with the caterer, and two got a job with the security company.

This is one of the areas I had been a little nervous about because the module suggests catering, security, and music as “the help,” but it only has a short paragraph commentary on each of them. However, it was totally fine, as it let me ask the players for details on what each establishment was like when they went to get a temp job. It created fun situations (since after all, this isn’t the meat of the adventure) and led to interesting NPCs that the players were invested in. For example, our Wookiee bounty hunter won an arm-wrestling contest with a jacked-up Rodian to impress the boss at the security company. This actually led to a long-standing relationship with the “Bro-dians”, who provided leads in the future for other jobs on Rodia.

During this prep work phase, someone rolled well on a Streetwise check, so I added the detail that another thief was targeting the gala that night. That turned out to be useful, as the PCs left some of the stolen goods in his possession so that he could take the fall once the theft was discovered.

How this goes will depend on how your PCs have insinuated themselves into the scene. For me as a GM, it was very much about just reacting logically to whatever the players asked to do. My group ended up splitting up, some working the security monitoring area to enable the group’s thief to sneak down below and rob the vault. (I allowed the PCs on the security detail to have weapons available, but not the PCs coming in any other way.) I added some other trinkets to the vault that could be seeds for future adventures if stolen. And of course they were.

Synopsis of my run

Draac, Cal, JT, and Kash, all beholden to Teemo the Hutt for one reason or another, must retrieve a data cylinder that Ranem Tiiv was supposed to send to Teemo. Their opportunity is at a fancy gala hosted by Bollin the Grey, who stole it and is keeping it in his safe. At the gala, he will open his private museum to his guests and show off some precious items from his safe. JT infiltrates the catering company. Cal and Draac join the security firm after proving their usefulness, Draac physically and Cal with his computer skills. Kash attends as Ranem’s +1, since Bollin has invited his rival to gloat.

At the gala, JT gets distracted from the mission by the presence of galactic tech entrepreneur Eli Tusk, who she idolizes. Kash wears a stealth gown that makes her invisible to cameras, and Cal uses his position in the security monitoring room to keep guards out of her way. When she gets to the vault, she kills a guard using just a pen, since she was unable to bring her ryyk blades into the event. In addition to the cylinder, she swipes other things of value: a bag of crystals, an ornate cube, a bottle of wine, and some hilts. Draac, meanwhile, saves Eli Tusk from choking. An ambulance comes to get him so he can be treated for his allergic reaction. JT steals the catering vanspeeder to follow after him and make sure he’s ok.

Earlier prep work had revealed that there would be another thief present at the gala; Kash drops some stolen materials into the instrument case of Mac Keys so that he will take the fall for the heist.